What we find is that most organizations, whether for profit or a non-profit, are not getting the results they want from their website.

We also find that most organizations have wasted money, time, and are frustrated and don’t know where to turn.

Quick question before we start:

Did you get into business to take care of a website or to focus on your organization, grow your business, and regain your edge? 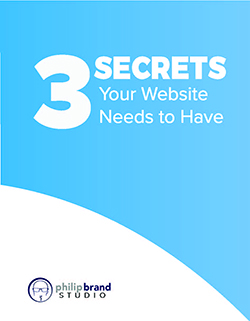 We can easily get sidetracked. The truth is that our customers no longer struggle with their website, and they are regaining their edge in their market. Although there are many things we could write about when it comes to websites, there are three essential things that a website needs to have.

ARE YOU JUST MORE NOISE IN AN ALREADY NOISEY AREA?

Easily & clearly define what you do?

Understand how it will benefit them?

Have a clear way to take action?

Take a moment and look at your homepage.

If you were to take your website’s homepage and ask five random people, “can you tell me what this company does, how it will a problem, and if you see a clear way to get it,” what would those five people say?

Designers and developers do not live in the land of words; they live in the area of code, movement, colors, font type.

We need them. We also need people that can guide people through words to get a result. When you combine those two, then you have something. Without the right words, you are noise in an already noisy area.

Billy, who was a salesman, was hired by the ABC Acme Company to sell widgets. Billy was super likable. When he walked into any office, he was the most liked person by everyone around. Everyone knew Billy by name, knew who he worked for, and knew what he did.

They all loved Billy.

Too much of the surprise of everyone in the ABC Acme Company, one year went by quickly. The year-end celebration took place with a big party and an award ceremony.

Everyone thought the salesman of the year was locked up, and then the awards started.

Tension started to mount in the room as one award was given, then another, and another. This led to the final award, salesman of the year.

“Salesman of the year goes to,” said the President of ABC Acme Company, “Jim Jackson.”

Nobody liked Jim as much as they liked Billy. How could he have won this award? People were stunned that Billy didn’t win the prize. Awkward applause filled the room as Jim went to receive his award.

Come to find out; Billy never made a sale that year. He never closed one deal. Everyone loved him, but he never got a result.

Many of the websites that we review are just like Billy. They are nice, but they never get a result. Why is that? Because in most sites, there is no clear call to action.

SOMEONE SAID A LONG TIME AGO THAT IN SALES YOU SHOULD, “ALWAYS BE CLOSING.” MOST WEBSITES DON’T.

So What Should You Do?

Here are two simple steps that you can take without investing anything:

Get A Free Review

We Know How You Feel

Most people, when they come to a website, are looking for the “angle” or the “catch.” We are really glad to say that there isn’t one.

Because we were once in your shoes and we know how it feels. Philip Brand Studio was designed and created to help you not feel that way.

We help you save time, money, and frustration.

IF you decide to do business with us, I am so confident in our end product that if you are not 100% completely satisfied, I will give you your deposit back, NO QUESTIONS ASKED.

Listen, if you are just looking around that is great, download the free PDF as this will help you greatly. As always, we are easily accessible for questions or comments so feel free to reach out to use anytime you need to!